A syndrome characterized by a persistent pattern of impulsiveness, a short attention span, and often hyperactivity, and interfering especially with academic, occupational, and social performance. This syndrome can be diagnosed in children and adults.

Schizophrenia is a psychotic disorder (or a group of disorders) marked by severely impaired thinking, emotions, and behaviors. Schizophrenic patients are typically unable to filter sensory stimuli and may have enhanced perceptions of sounds, colors, and other features of their environment. Most schizophrenics, if untreated, gradually withdraw from interactions with other people, and lose their ability to take care of personal needs and grooming.

A mood disorder sometimes called manic-depressive illness or manic-depression that characteristically involves cycles of depression and elation or mania. Sometimes the mood switches from high to low and back again are dramatic and rapid, but more often they are gradual and slow, and intervals of normal mood may occur between the high (manic) and low (depressive) phases of the condition. The symptoms of both the depressive and manic cycles may be severe and often lead to impaired functioning.

A psychiatric disorder characterized by obsessive thoughts and compulsive actions, such as cleaning, checking, counting, or hoarding. Obsessive-compulsive disorder (OCD), one of the anxiety disorders, is a potentially disabling condition that can persist throughout a person's life. The individual who suffers from OCD becomes trapped in a pattern of repetitive thoughts and behaviors that are senseless and distressing but extremely difficult to overcome. OCD occurs in a spectrum from mild to severe, but if severe and left untreated, can destroy a person's capacity to function at work, at school, or even in the home. 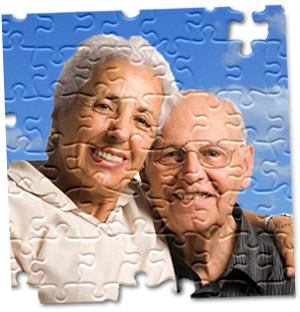