Kathé received her bachelors degree in Nursing from the University of Wisconsin, Madison. Her masters degree and post-masters certification as a nurse practitioner are from Arizona State University. She has been a professional in the psychiatric community since 1975, with extensive experience in both hospital based and outpatient psychiatric services. Kathé has also been actively involved in the community to support legislation and care for the mentally ill. Along with extensive training in psychopharmacology, her background also includes individual, family, and group psychotherapies, guided imagery, and addiction treatment. She is also a consultant to other physicians and nurses in the treatment of psychiatric patients and the use of psychiatric medications.

Kathé has been in private practice since 1981. She specializes in the treatment of adult and geriatric patients. As the practice owner, she is actively involved in maintaining a treatment environment which is responsive to the needs of her patients. For those who are underinsured, without insurance coverage or who chose not to use their insurance, cost-effective treatment is available. 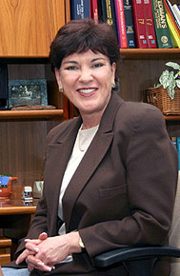